Ever since I started my internship in Dermatology, more than 30 years ago, I saw my patients struggle with their skin care. Strangely enough, the medical community of expert skin doctors, the Dermatologists, were not interested in skin care. The general belief among dermatologists was that cosmetics do not work.

However, dermatologists use creams in their daily practice to heal skin diseases. So why not to treat the milder skin conditions with cosmetic skin care? After all, it is the same skin, only with minor problems compared with the classical diseases.

Therefore, when the European laws on cosmetics came out in 1987, The Free University of Brussels (VUB) organized a 2-year course on Cosmetic Science. I enrolled and achieved a degree in Cosmetic Sciences in 1989. Together with several pioneers in medical cosmetology, we founded the BADECOS, the Belgian Association of DErmato-COsmetic Science.

The former law on cosmetics dated from 1938, allowing cosmetics to be sold over the counter without a medical prescription as long as they did not alter the skin. Hence, the free sales of cosmetics and all the publicity that surrounds it.  However, we do know by now that cosmetics alter the skin, therefore we must act as doctors when prescribing a drug to cure a living organ.

Two years later, I started my private practice, more exactly on October 3 of 1991, fully focused on medical treatments such as dermatology, injectables, peelings, and cosmetic surgery.

Yet fate reminded me again of the need to understand the subtle voice of the skin, and not only listen to the cry of obvious skin diseases. Around the end of the millennium, more specifically 1998 (nine years after graduation on cosmetology) the so-called non-ablative lasers entered the market. They were supposed to induce small, hardly visible changes in skin appearance. Suddenly I was in the same uncomfortable spot as my patients looking for minor changes through their skin care. Due to a lack of objective assessment, it was impossible to know what to choose. 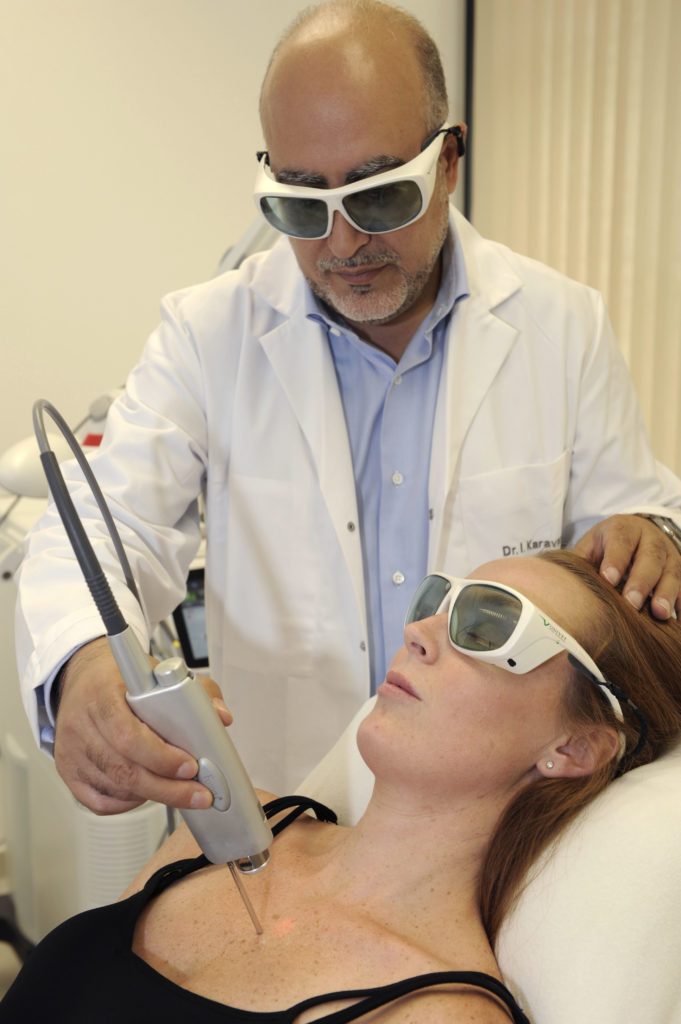 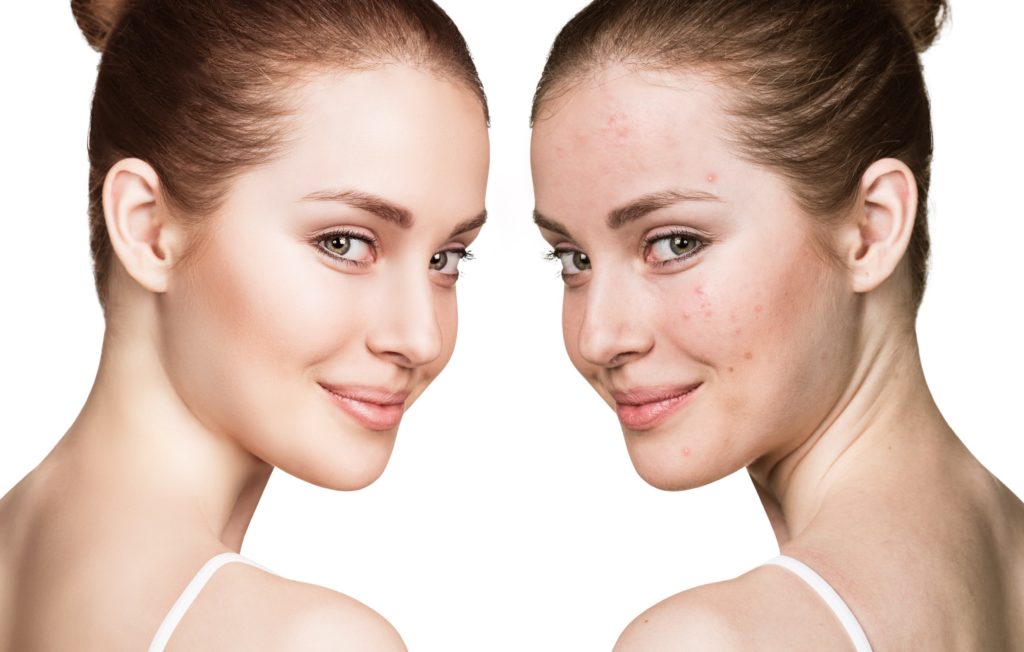 How the research started

Intuitively, I went back to the University of Brussels, department of Pharmacology of Prof. Vera Rogiers, to evaluate the methods of skin analysis, called Skin Biometry.

Yet hardly nothing was useful for doctors or the consumer, as most of the devices were unpractical and designed for complicated research setting.

Some months later, L’oreal invited me to their research center in Chevilly Larue, France, for an intellectual exchange.  However, my questions remained unanswered. My last resort was the University of Besançon, department of skin biometry by Prof Pierre Agache, the most famous center with regard to skin analysis. I purchased the book about skin analysis and started my study. Fortunately, during the world congress in Paris IMCAS 2000, I came across a skin analysis device developed according to the algorithms of Prof. Agache: the famous Rose of distribution of skin microstructure. This chart represents the lines on our skin surface and the distribution of their directions over 360 degrees.

I immediately bought the device and started to examine my patients’ skin. To my big surprise, by comparing the graphs of different age groups we found problems in the existing algorithms. The older people had often better parameters then the young ones.

We were deeply troubled by these findings, so decided to go on an extensive research program.  With four of my skilled assistants, we ran thousands of measurements on all kind of age groups but found no useful correlations between the Rose of Distribution and skin ageing.

Luckily, on the ground floor of the building where the clinic was located was a kindergarten. The ideal opportunity to check the baseline of the ultimate control group, namely the flawless skin of babies. Each day just after their midday nap we examined the skin of all those little kids, and compared them to our patients of all ages.  Then we examined schoolchildren of increasing ages, and put them in graph. Clearly, the existing algorithms of skin ageing were not right. There was no correlation between age and the Rose of Distribution.

Subsequently, we hanged all the graphs on the wall and looked at them every day, until one day the magic was revealed. The Rose of Distribution was correlated to dryness of the skin, while the homogeneity of the microstructure was the real indicator for ageing. At first, we could not believe it. Thereupon we wrote the new algorithms and rechecked it on every reading. And yes! Everything matched. The secret code of skin ageing was discovered.

However, that was only the first part of our research. We still had to understand the secret language of the skin. For that, we chose all useful sensors and cameras among the existing equipment. Readings were evaluated on three criteria: reliability of the measurement, productiveness of the measurement and finally the reading representative for the skin condition.

After all this has been determined through thousands of readings with all the existing sensors, we started our clinical research and scanned each square cm of the face of our research population with all the sensors. From children to adults, from healthy looking skin until heavily damaged skin. We discovered that, like the landscape of a continent, the skin structure and its expression changed as we moved through different areas of the face. This created borders where the skin structure would suddenly change, as if we were entering a different country. Thirteen distinctly different zones of expression on the face were determined. Within each zone, the skin was homogeneous. Between the zones, the skin was very different. Each zone was correlated with an expression of the skin, such as redness, open pores or skin laxity. Now we could finally read the skin and provide it with its specific needs.

The Algorithm of skin typology resulted in a SkinCode of 15 figures, expressing precisely the condition of the skin.

This resulted in 300.000 different skin types and gave birth to a technology and method we called  Your Skin Type ®.  Shortly after filing the patents, I published a book called Your Skin Type, explaining all there is to know about your skin and skin care. 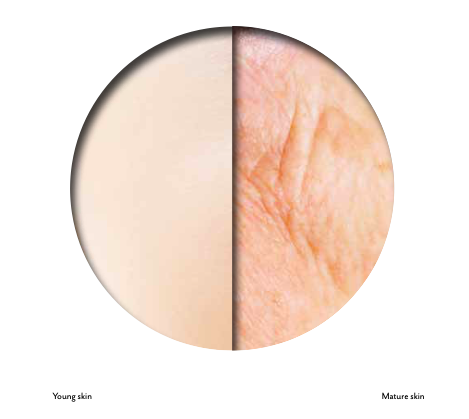 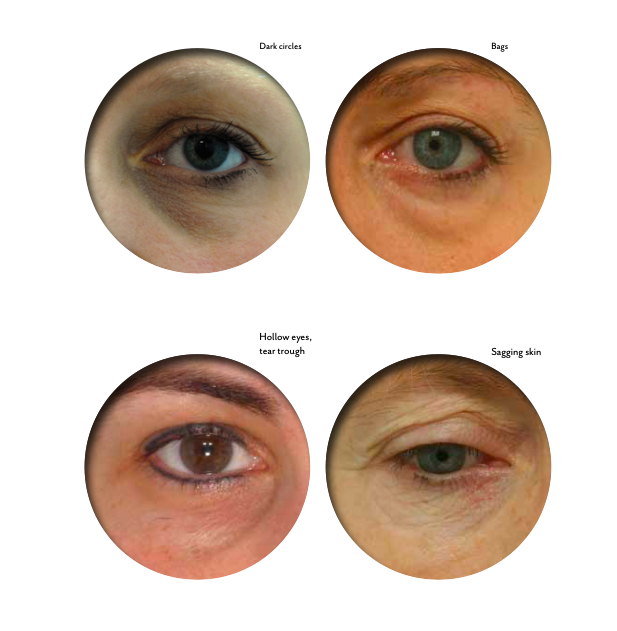 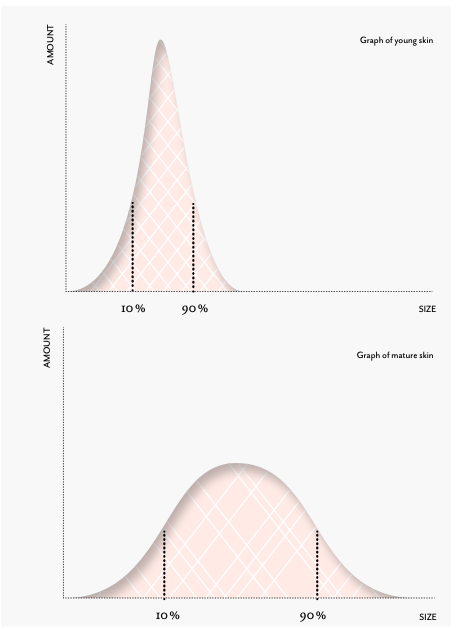